Riding a Motorcycle to Turkey: But First You Need A German Motorcycle License

And the title refers to ME in particular needing a German motorcycle license rather than anyone at all.

The first trip I did riding my own bike was in the summer of 2008 when Patrick and I rode from Germany to Turkey and back. The problem was up to one week before our departure date I was still without a license.

Now that my daughter has started daycare I have once again begun work on the book version of our trip. I started this book shortly after Iceland, A Stormy Motorcycle Journey. Four books later I have learned a lot about style and how to write a book that reads more like an adventure story and less like a blog post. The following is what I had thought would be the preface to the book. It is being scrapped from the book, but as a blog post I feel it still works. So enjoy a brief description of my masochistic experience of getting a German motorcycle license! The podcast is at the end.

In the Fall of 2007 I bought my first motorcycle, a 2001 BMW F 650 GS, that I promptly christened Betty. As soon as I sat on her I knew she was mine. She just felt right (something that Patrick’s 650 never did, despite the fact that she was just one year older and bought 6 months later). That I did not have a motorcycle license at that point did not deter me from my purchase. All that mattered to me was that I had a motorcycle. I had been pillion for three years and that seating arrangement no longer cut it. Myself and Patrick had a motorcycle trip planned for the summer of 2008. The license would follow.

My beautiful new baby that I was not even allowed to ride: 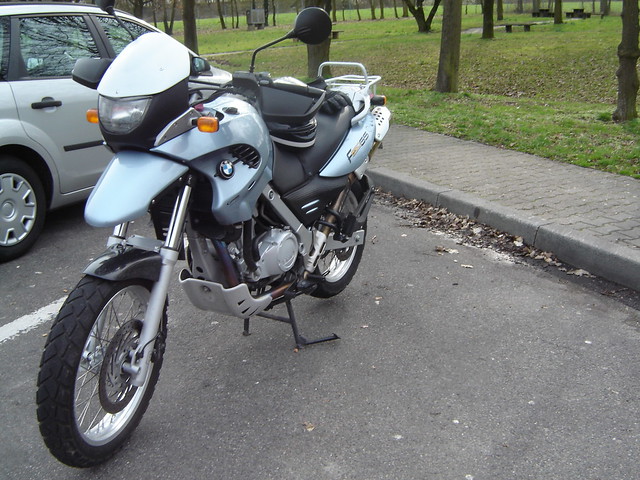 What I did not expect was how long it would take to get my license, or how many tears and temper tantrums would be involved. The Canadian version of motorcycle testing would appear to be a 2 day course followed by a test. I did the 2 day course but not the test. I was not expecting the test slots to book up so quickly. One month before my departure for Istanbul I called up to schedule my test, thinking it would be 2 weeks if I was unlucky. I was very unlucky, the next open test slot was in 6 weeks. I thanked them and hung up.

Not that it would have made much difference to my life in Germany. Unlike with a car license where you walk into driver’s registration and pay 50 Euro to get your new German car license, they make you redo the German motorcycle test. Seeing what is required in comparison made me understand a little better. 12 hours of theory versus 4 in Newfoundland, followed by 12 hours on the road, compared to the errrrr, no time outside of what I wanted to do myself in Canada.

Practising the only place I was allowed outside of with an instructor, at an ADAC training compound: 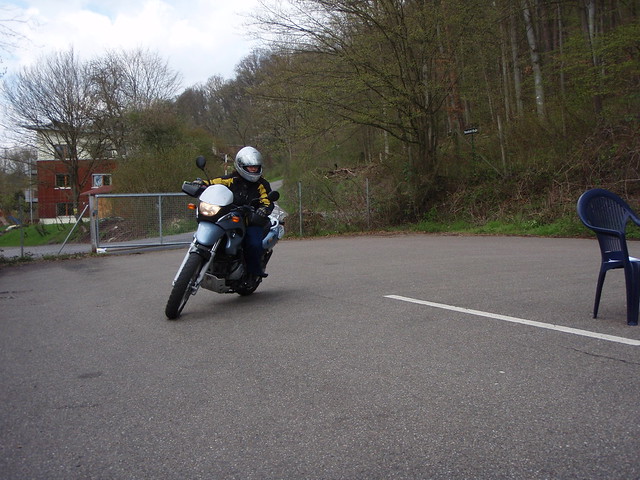 In Newfoundland we had to do a full day of on the bike training it is true. And I highly recommend my trainer there, Avalon Motors were superb (and no one had the violent temper that my German instructor had). But outside of parking lot hours nothing more was required. My school offered them, and heavily recommended them, but they were not required. Even the test was to perform the safety evasion maneuvers and drive around the block. Germany must have seen it as a case of “here’s your license, now try not to hurt yourself.”

Add to this that despite having a German car license (see above about the swap out requiring nothing more than the exchange of cash) I was not aware of certain vital differences in road rules. Hence when I came to an intersection without stop signs or stop lights, I thought nothing of sailing on through. I also did not understand the tirade that particular action would bring into my ear. Turns out Germany practices right before left, or if there is no stop sign that does not mean you have right of way. It means the person to your right has right of way, and to sail on through could result in certain death.

This took 3 lessons at 40 Euro for the 45 minutes to figure out. (Unlike Canada you do not need to do your written test before you are on the road, so my instructor was assuming I was an idiot and I thought of him as a homicidal manic that I was afraid to fire because he knew where I lived). When I finally read the rule book (which I did only after failing the test the first time, as I had assumed the test was easy and I knew the rules of the road therefore no studying was required. You can imagine my shock when I finally sat down to do the reading and I discovered the source of his rage. This rage was also why I wet myself whenever it was time to go to a lesson).

Either way, between my instructor assuming I was an idiot, and my general fear of him that made me avoid booking more lessons, it was a Saturday in July before my test was scheduled. Our plan was to leave on Monday. Failing the test (a very real possibility given how shell shocked I was) meant delaying leaving by 2 weeks, and would also cost 200 Euro. I barely slept that night, the entire night my dreams were plagued by images of my instructor chasing me on a motorcycle that spewed flames.

I still have not decided if the reason I hugged the man when I passed showed just how ecstatic I was or if it was a case of Stockholm syndrome.

Either way I had the paper. We were Turkey bound. 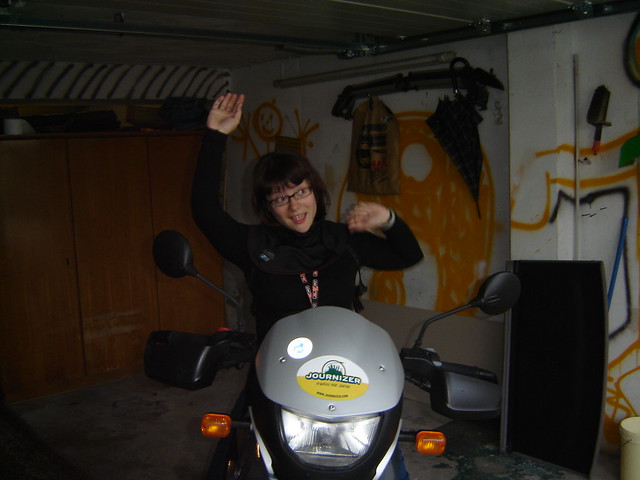 And the video from Journizer that corresponds to the event!