World Travel With Baby (And Babies): With A Sail Boat?

Regular readers of Unleash know that since we have had our daughter our motorcycle adventures have been put on hold. There is just something about an infant on a motorcycle that doesn’t sit well with me. At least, beyond the required stationary shots. I mean, you can’t attend your first annual family motorcycle vacation and not even sit on one. 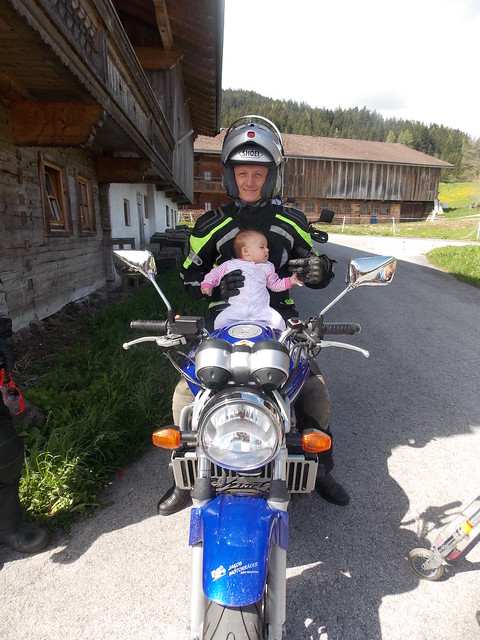 Although motorcycle is still my preferred mode of transport, just because it is out for the moment does not mean we have stopped traveling. In her short life Emjay has been to Canada, Switzerland, Poland, Scotland, Spain, Italy and the above picture was taken in Austria. So having a baby has not stopped us from traveling.

Most of it has been on a plane however, and for two motorcycle travelers a plane just doesn’t cut it. We miss the freedom and the immersion that riding a motorcycle provides.

But a small child and a motorbike just doesn’t work for us.

We debated a sidecar. We both agreed that we wouldn’t want her to be in it until she was at least 8. Then there is the fact that we wanted a second child. One who is currently in production and is due in February. So when Emjay is 8 that baby will be 6. So it means that Emjay will be 10 by the time baby number 2 is allowed to ride in the sidecar. Can we really wait 10 years to hit the road again? I highly doubt it.

A dog never stopped us from travel. But I still like the idea of our children being older before they accompany us on our bikes. 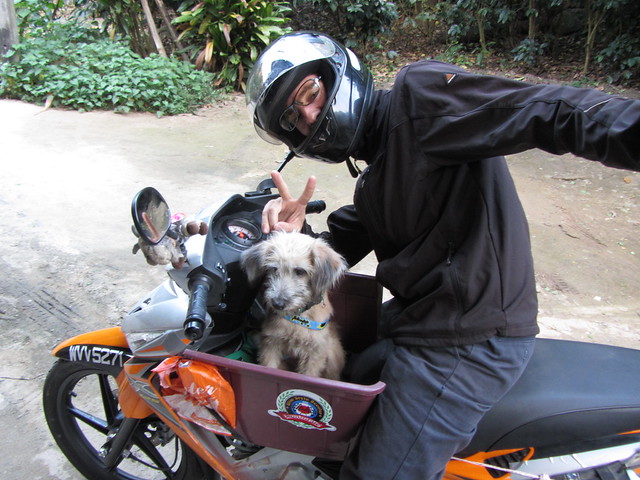 We also thought about travel in a motor home. Although it gives us the freedom to stop, it does limit us to roads and cuts us off from nature and the people who live in the countries we visit. It also limits us to certain countries. I have only seen one motor home cruising south east Asia. And I don’t really want to try.

So that brings us to Patrick’s original world trip dream. The one he held dear from the tender age of 5. Before going around the world on a motorcycle he wanted to do it on a sailboat. 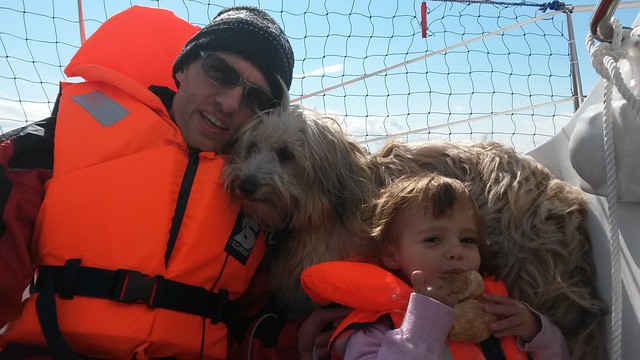 Patrick had spent his formative years sailing with his dad and grandfather. He could do all of the sailor knots while I was still using velcro shoes. (That is not too much to brag about however as I was wearing velcro shoes well into grade 2. I hated all types of knots from the very beginning).

Add to that the fact that I am somewhat terrified of the sea. Growing up as a Newfoundlander the sea was always there: as were the stories of how brutal it could be. The titanic sank off of our coast. We sank the titanic and you expect me to be comfortable putting my babies on a boat and sail off to see the world.

Needless to say I was not overtly open to the idea. But Patrick began to ply me with sailing videos like the amazing ones done by teleport:

As well as reports of how relatively easy the barefoot route and crossing the Atlantic at the right time of year can be.

We began to discuss the difference between fear and actually being in danger.

Patrick  argues that we are no more safe on land than we are on the water. We just feel like we have more control. (And anyone who has lost a loved one from drunk driving, random accidents or the early onset of a deadly disease will tell you how little control we truly have).

So like anything, the more familiar the idea became to me the easier it became to imagine it. Before I met Patrick I had no idea it was even possible to go around the world on a motorcycle. At least I had heard about sailboats doing so.

And yet, I wasn’t, and still am not, fully convinced. These are my babies. If it was just us we’d be gone.

But if it was just us we never would have traded in our motorcycles. Even Mango was cruising along with us on our little 125 scooter hybrids. We could stick him in a sidecar on bigger bikes. But again, my babies! Even though I knew other families were doing it and doing it safely. The idea of it is still so new and alien to me.

Me, just after reentering Russia from Mongolia. I do not think I am a wiener when it comes to world travel. But toss my babies into the equation ….. 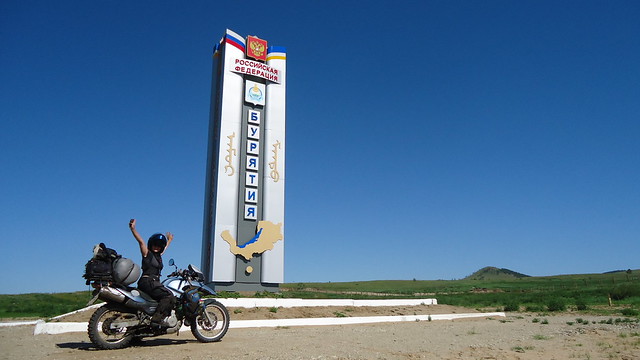 So we decided to do some sailing. We debated a charter for a week in Greece. This was my number one pick. For the same price however we could buy a small boat. (6.5 meters or 21 feet) We could sail most weekends on the lake if we wanted to, and we could turn our 1 week holiday in Greece into a 2 week adventure sailing our boat to Stetten, Poland and then onwards to the German island of Ruegen. We could see if sailing was something we truly wanted to do or not.

And so in May of this year we took our first step towards seeing if sailing around the world with dogs and babies was something we wanted to do. (We being the imperative word. Patrick already knows.)

We bought the same boat we had used to sail around Ruegen last year. Patrick’s cousin was selling it as he wanted a bigger boat, and we figured we knew the boat and fully trusted the seller. No extra work required, just sailing as a family. And figuring out if this was something we wanted to do as a family.

Our trusty pinguin back when it was still Joscha and Silia’s boat! 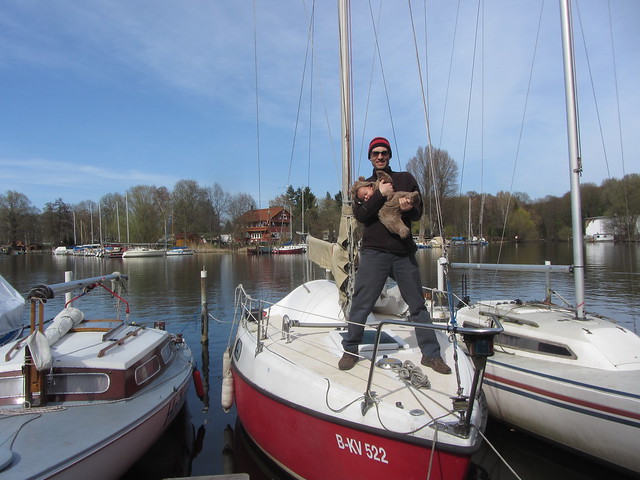 Next week’s post will be on our trip to Ruegen. The good, the bad and the ugly of sailing with an 18 month old and a dog.Teaser: I am open to continuing sailing around Europe. But we so need a bigger boat.

One Response to World Travel With Baby (And Babies): With A Sail Boat?